Inventing Grand Paris (IGP) is a collective of researchers from several fields that use history to understand the processes and challenges of building the metropolitan area. It brings together specialists in the history of urban and urban development, architecture, as well as urban history, territorial governance or urban metabolism. This collective intends to combine and compare viewpoints and corpuses of various sources (including plans, maps and archives). Going even further, by crossing these sources, it endeavours to get closer to the ideal goal of establishing a historical interdisciplinarity of Grand Paris.

In order to situate the history of Grand Paris in an international and comparative perspective, Inventing Grand Paris also has a scientific committee that assists in preparing symposia, publishing proceedings (notably through evaluation processes) and organising seminars and conferences.

Bringing together 11 researchers from six research labs in the Île-de-France Region, Inventing Grand Paris became a Transversal Group of the LabEx “Urban Futures” (University of Paris-Est) in 2018, and as such, received government funding via the National Research Agency (ANR) as an “Investments for the Future” Programme. 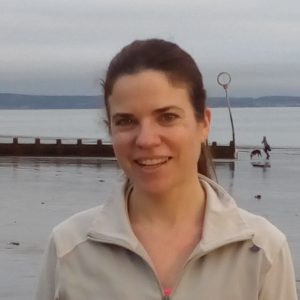 Laurence Bassières is a licensed architect (2009) and doctor of History of Architecture (2016), associate professor in History of architecture at the School of architecture of Paris - La Villette, and a member of the AHTTEP laboratory (UMR AUSser). Her research focuses on the heritage policies, in France and in Europe, in particular on the articulation between urban project and considerations of the existing city during the first XXth century (policies, institutions, actors, projects, ideas), and on the beginnings of the teaching of urban planning. 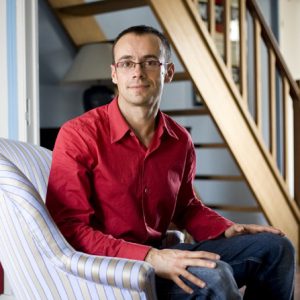 Researcher at the CNRS, Emmanuel Bellanger is director of the Centre d'histoire sociale (CHS) des mondes contemporains at the University of Paris 1. His research looks at the history of the suburbs, forms of sociability and urban policy. He focuses on the history of working-class and residential towns. He also studies public policy and its networks, the history of Greater Paris and the history of “municipal elites” and local government staff. His research timeline runs from the 1880s to the present day. 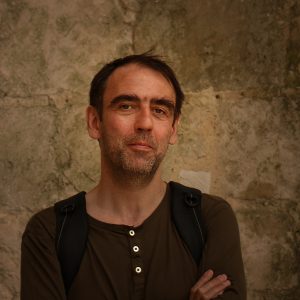 A licensed architect with a PhD in urban planning from the University of Paris 8, Frédéric Bertrand is an associate professor at ENSA de Paris-Belleville and a researcher at IPRAUS-UMR 3329 AUSSER. He teaches architectural and urban design, as well as a seminar on the principles of research for master’s students. His research covers metropolitan infrastructure systems (19th/20th centuries), comparative approaches to urbanism, and promoting urban waterways. He joined the Atelier parisien d'urbanisme (APUR) in 2004. 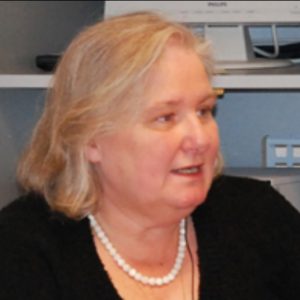 Full professor of contemporary history, Florence Bourillon is interested in the transformations of Paris in the XIXth century, more specifically during the Second Empire. These interests have led her to focus on the extension of Paris in 1860 (in the book Agrandir Paris, co-edited with Annie Fourcaut and published by Publications de la Sorbonne in 2012) and on the urban developments that followed (Changer les noms des rues de Paris. La Commission Merruau-1862, published by PUR/Comité d’histoire de la Ville de Paris in 2012). Her research has also looked at the history of urban land registries, and more recently, at the history of universities in the second half of the XXth century. 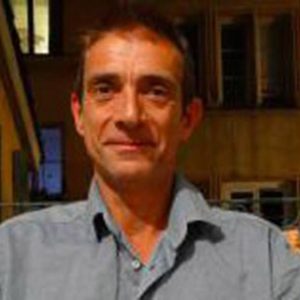 Laurent Coudroy de Lille, an associate professor at UPEC (the Paris School of Urbanism), conducts research mainly in contemporary urban history (ideas, institutions, procedures, etc.) and in the uses of history in urban development. His research has focused on urbanism in Spain, the French urbanism movement and its stakeholders, and "the words of the city". He co-directs UPEC’s master’s programme in urbanism and urban development. 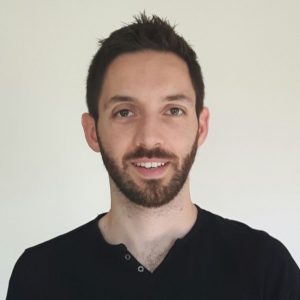 Cédric Feriel is an "agrégé" in history (2008), doctor of history (2015) and associate professor in contemporary history at the University of Rennes 2. He currently carries out three research projects. The first concerns the construction of international urban issues in the 20th century and the networks of experts who work on them. A second field concerns the political and social uses of the notion of "urbanity" during the second 20th century and especially since the early 1980s. Finally, a final field aims to experiment the way urban history is handled by digital humanities. 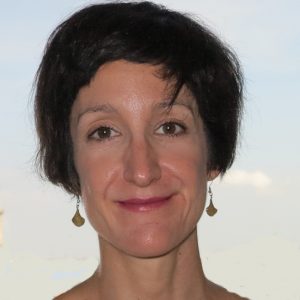 Beatriz Fernández is associate professor at EHESS and member of the Geography-Cities research group (UMR 8504). Architect and urban planner by education, her research work focuses on the territorial transformations of contemporary metropolitan areas in a comparative and diachronic approach. She is particularly interested in the relationship between urban growth and decline at different scales, as well as the impacts of urban planning on these processes. 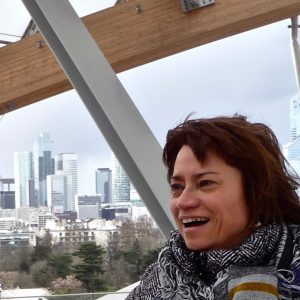 A licensed architect, Corinne Jaquand has worked as a town planner at APUR, at the Berlin Senate department for urban planning, and for prime contractors in the private sector. Having earned her PhD from EHESS, with a dissertation on the metropolitan history of Greater Berlin (2003), she teaches the history or urban planning and urban morphology at the ENSA de Paris-Belleville. A former Fellow of the Canadian Centre for Architecture in Montreal (2010), she headed up the research programme entitled “Renovating territories through the landscape/Experiences in France and Germany” (the PUCA “Large-Scale Architecture Programme” in 2011). Her publications include Architectures au delà du Mur, Berlin, Varsovie, Moscou (on architecture behind the Iron Curtain, in collaboration with Ewa Bérard, published by Picard in 2009). 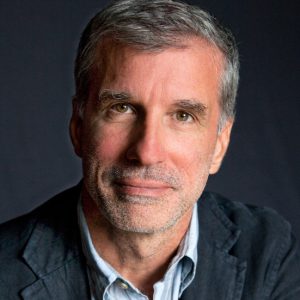 Architect (University of Montreal, Canada), professor of architectural design theory and practice (ENSA-PB), researcher, with a PhD in urban planning (University of Paris 12), André Lortie also works as a consultant for local government. His research covers the history and current issues of urban planning, as well as architects’ contributions to discussions about large cities in the XIXth, XXth and XXIst centuries in America and Europe. He is interested in the large scale and in the role played by infrastructure in territorial transformations.
Since 2018, he is the director of IPRAUS laboratory. 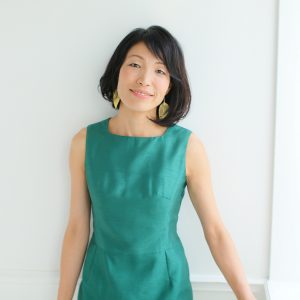 Research Engineer at the Labex "Futurs Urbains", in charge of the scientific supervision of the Transversal Group's website "Inventing Greater Paris".
Graduated in silviculture from Ryûkyû University in Okinawa, Japan (2001), in landscape (CESP) at the École Nationale Supérieure de Paysage in Versailles (2010), Yoko MIZUMA is a PhD in landscape science. Her work focuses on landscape topics at various scales, that of the garden, urban space and territory, while highlighting the intersection of different cultures, particularly Franco-Japanese and interdisciplinarity. In parallel to her research, she is developing her field of activity to build bridges between French and Japanese professionals. 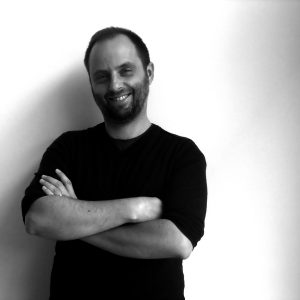 An architect by training, Clément Orillard researches two areas that correspond to the second half of the XXth century: the cross-border structuring of urbanism, in both discursive and practical terms (the field of urban design, exports of French urbanism expertise) and co-construction development projects led by private- and public-sector institutional stakeholders in France (commercial and tertiary sector property development, public development agencies). 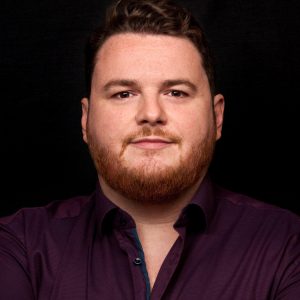 Alessandro Panzeri is a licensed architect, European doctor of Architecture and associate professor at ENSA de Lyon in history of architecture.
His research has questioned the re-actualization of the concept of new monumentality within the International Consultation of Grand Paris (CIGP) of 2008-2009. At present, he is continuing his research on the international reception of the CIGP and international exchanges between France and Russia during the Greater Moscow competition (2012). 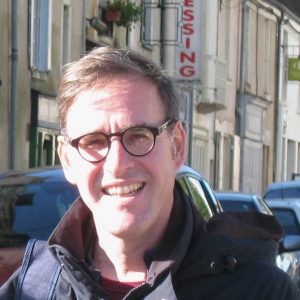 Frédéric Pousin is an architect and a CNRS research director at the AUSser lab (“Architecture, Urbanism and Society”, UMR 3329). He holds a PhD from EHESS, as well as the habilitation to direct research. His work focuses on the knowledge and representations that provide the foundations for the fields of architecture, the city and landscapes, as well as their evolutions and transformations. He has conducted several research projects on the urban landscape and the role of the visual sense in building knowledge. He has taught at several architecture schools in France, at the University of Paris 1, and more recently at the Ecole nationale supérieure de paysage in Versailles. 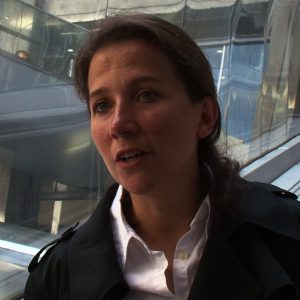 A licensed architect, Nathalie Roseau holds an engineering degree from Ecole Polytechnique and Ecole des Ponts and a PhD in urbanism. She is associate professor at École des Ponts ParisTech where she co-directs the Knowledge, Technical Cultures and Territories unit at the Techniques, Territories and Societies Laboratory. From 2005 to 2016, she directed the master’s programme in urban design and planning at École des Ponts ParisTech, where she teaches for the Grand Paris-Grand Tôkyô international workshop. Her research looks at the comparative history of the metropolitan project and the role of infrastructure. She has conducted several research projects on the history of the ties between town planning and air mobility in Paris and New York, as well as the study of aerial culture and governance in major metropolitan areas. 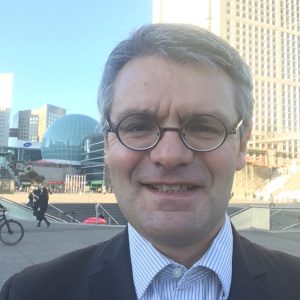 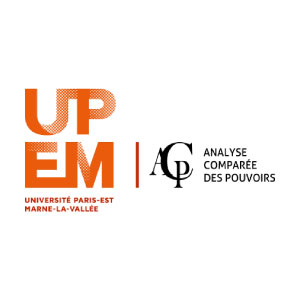 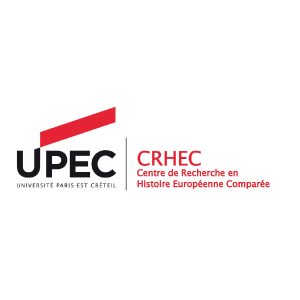 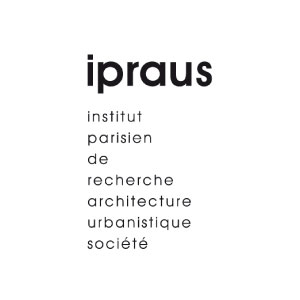 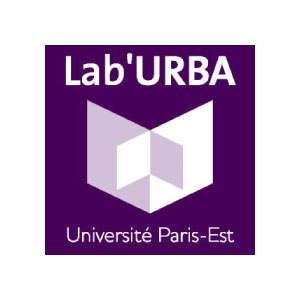 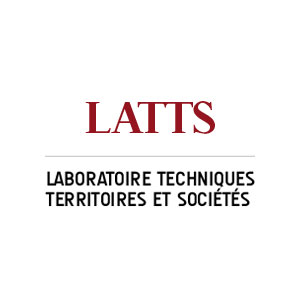 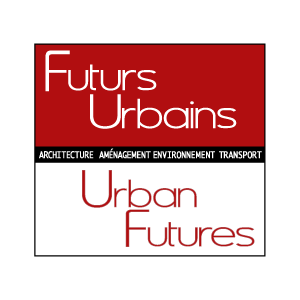 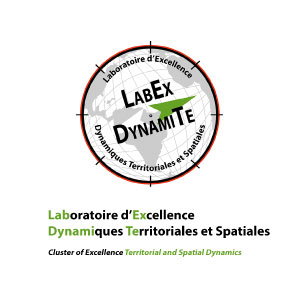 Carola Hein
TU Delft/Faculty of Architecture and the Built Environment